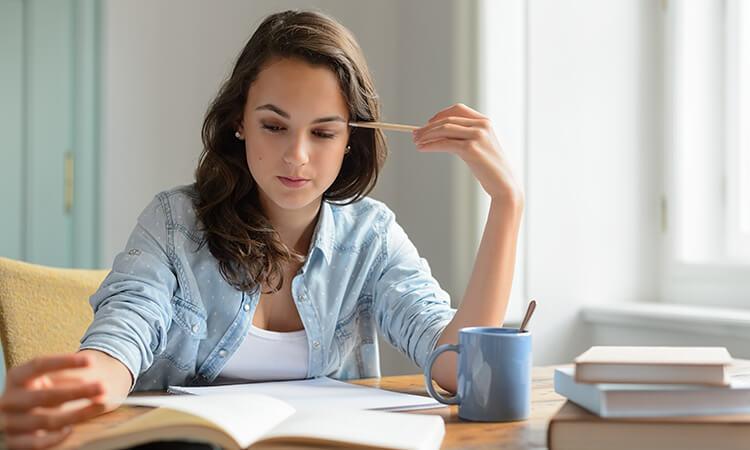 The Words and Phrases That Examiners Are Sick of Reading

Examiners are just fed up with hackneyed phrases and cliches students tend to abundantly use in their papers. Check out the list of top commonly used words and phrases that annoy them and learn how to make your essay stand out.

The next point I want to make is that...

This phrase is a desperate attempt to increase the word count. To ensure smooth transition and cohesion, you'd better incorporate thematic links and transitional words between paragraphs or ideas. Ideally, try to introduce the point of the next topical sentence in the previous one as a follow-up to logically move forward.

Your essay is better off without redundant words like 'in order to.' Remember that 'to' reduces unnecessary wordiness.

It is significant to note that...

Another fallacy is that students think that flowery phrases make their essay more sophisticated. The phrase 'it is significant to note that...' is so wordy that can lull examiners into sleep. Alternatively, you may say 'notably, such and such carries much weight in the article/work owing to...'

Another hackneyed phrase is 'the author uses,' like in 'The author uses this and that stylistic technique to create the mood in the story.' Simply stating what the device is and what implications it has is enough to make your point clear.

The phrase 'The main way in which Brontë creates an effect of tension is ...' implies that there are other ways too but you choose to ignore them for some reason. This ubiquitous phrase should be replaced with 'primarily' if nothing else springs to mind.

As mentioned earlier in this essay

You shouldn't go over the points that you've already mentioned. In case you do need to cite something again, utilize the word 'aforementioned' instead.

This word is too general, especially if you refer to a specific event in history or politics. To illustrate, 'The government aimed to stabilize the situation in the country' is too obscure. It indicates that you aren't well-versed in the topic.

If you chance upon the phrase 'various aspects,' get rid of it. Again, it's too broad, and you have to elaborate on these 'aspects.'

It's a huge mistake to use the second person in academic essays. Alternatively, write in the third person to sound more formal.

Also, avoid the first person 'I.' However, it's a controversial issue as it's acceptable in humanities to articulate your opinion. You just need to strike the right balance and don't let your essay be replete with remarks or comments containing 'I' pronoun.

Why Choose Us
Place an order
Chat with Support
x